Christian Apologetics 101 is a ministry of Texas Baptists, providing Evangelistic and Apologetic resources and events that are culturally relevant and theologically robust.

Dr. Leighton Flowers was named the Director of Evangelism and Apologetics for Texas Baptists in 2018. In addition to preaching on a wide range of biblical subjects, Leighton regularly travels to churches of all sizes to conduct seminars that specialize on evangelism and apologetics. He has participated in debates with leading apologists and led training conferences for the Annual Convention, Conclave, Apologetic Conferences, and the SBC Annual Convention.

Previously, he served as the Director of Youth Evangelism for Texas Baptists for 13 years. In this position he oversaw the statewide youth leadership training camp called Super Summer and the Youth Evangelism Conferences impacting thousands of teenagers with evangelistic messages, missions mobilization and discipleship training. Leighton has also assisted in the oversight of such ministries as See You At The Pole, a worldwide prayer movement (began by his father, Chuck Flowers) which is impacting people not only in Texas but all around our world.

Leighton earned a Bachelor’s Degree in Applied Theology from Hardin-Simmons University (1997); a Masters of Divinity with Biblical Languages from Southwestern Baptist Theological Seminary (2000); and completed his Doctorate at New Orleans Baptist Theological Seminary (2016). Leighton’s dissertation focused on the issue of Soteriology and specifically the rise of Calvinism within the Southern Baptist Convention. As a former Calvinist himself he offers a unique perspective on the topic for those seeking clarity from a Traditional non-Calvinistic soteriology. His podcast, Soteriology 101, averages between 5 and 10 thousand downloads per episode and can be found at his popular blog site http://www.soteriology101.com.

Leighton and his wife Laura, a Licensed Therapist at the Meyer Clinic, have four children (Colson, Cooper, Esther and Caden) and live in North Garland just outside of Dallas where he also serves as an Adjunct Professor of Theology for Trinity Seminary. Prior to coming on staff with Texas Baptists, Leighton served as a pastor in the local church for over 10 years. He and his family are active members of First Baptist Richardson. 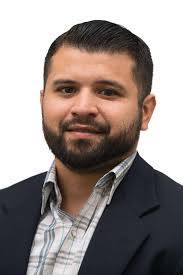 Eric Hernandez is the Lead Apologist for Texas Baptists. He is a dynamic, young, evangelistic and apologetically inclined pastor and teacher who has a passion for proclaiming the gospel and defending his faith on theological and philosophical grounds. He is a licensed minister, certified formation therapist, and an accomplish Christian apologist. Eric is well respected and sought after for his evangelistic messages, expository ability and insight into apologetic methodologies. He has spoken and debated on a public level at university and college campuses where he adamantly and adequately defends the Christian faith against atheist, agnostic and deistic professors of different worldviews. He holds an associate degree in social science, a bachelor degree in theology, a certificate in apologetics from Biola University, and is currently enrolled as a PhD student with Trinity Seminary.  He is the founder of Eric Hernandez Ministries, which encompasses speaking engagements, apologetic seminars, weekend training courses and debates. He is married to Kendall Hernandez, and the two are the proud parents of Adyson Grace and Hudson Ryan.

Mark Mittelberg is a best-selling author, sought-after speaker, and a leading strategist in evangelism and apologetics-oriented outreach. He is the primary creator (with Lee Strobel and Bill Hybels) the Becoming a Contagious Christian Training Course, which has been translated into more than 20 languages and used to train 1.5 million people around the world to effectively and naturally communicate their faith to others.

Mark has written several books, including The Questions Christians Hope No One Will Ask, Choosing Your Faith, and The Reason Why Faith Makes Sense. Mark collaborated with Lee Strobel to develop The Unexpected Adventure, a six-week devotional designed to inspire Christians and churches to enter into the excitement of sharing Christ. In addition, Mark was a contributor to God Is Great, God Is Good: Why Believing in God Is Reasonable & Responsible, edited by William Lane Craig and Chad Meister — which won the 2010 Christianity Today award for best book in the area of apologetics and evangelism.

Mark was the evangelism director at Willow Creek Community Church in Chicago for seven years and for the Willow Creek Association for a decade. He is a frequent contributor for Outreach magazine, and he was an editorial consultant and periodic guest for Lee Strobel’s Faith Under Fire television show. He and Strobel have been ministry partners for over twenty years. Together they co-direct The Institute at Cherry Hills in Denver, Colorado.

After receiving an undergraduate degree in business, Mark earned a Master’s Degree in Philosophy of Religion from Trinity Evangelical Divinity School in Deerfield, Illinois. In recognition of his achievements in the areas of evangelism and apologetics, he was recently honored by the conferring of a Doctor of Divinity degree from Southern Evangelical Seminary in Charlotte, North Carolina. 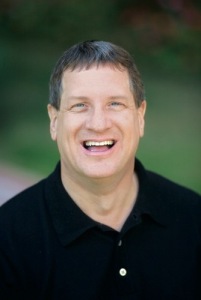 Atheist-turned-Christian, Lee Strobel is the former award-winning legal editor of The Chicago Tribune and best-selling author of more than twenty books. His classic, The Case for Christ, is a perennial favorite which details his conversion to Christianity. His recent release, The Case for Grace, just won the 2016 Nonfiction Book of the Year from the EPCA. For the last twenty-five years, his life’s work has been to share the evidence that supports the truth and claims of Christianity and to equip believers to share their faith with the people they know and love.

Lee earned his Bachelor of Journalism from the University of Missouri and his Master of Studies in Law at Yale Law School. He was a journalist for fourteen years at The Chicago Tribune and other newspapers, winning Illinois’ highest honor for public service journalism from United Press International. He also led a team that won UPI’s top award for investigative reporting in Illinois.

Lee has been a featured guest on national networks including ABC, Fox, Discovery, PBS, and CNN. He was the host of Faith Under Fire, a provocative program that brought together some of the brightest Christians and skeptics to debate issues central to the Christian faith. He also appeared in the feature film, God’s Not Dead 2, as an expert witness for the defense. In 2016, Pure Flix Entertainment announced they will be creating a major motion picture depicting his journey from atheism to faith.

As part of his speaking ministry, Lee travels across the country (and sometimes the world) sharing his testimony, encouraging believers, and challenging skeptics. He regularly speaks at conferences, commencements, fundraisers, and other major events.

Lee is currently a teaching pastor at Woodlands Church in Texas where he speaks multiple times each year. He recently joined the faculty at Houston Baptist University as a Professor of Christian Thought.

Lee and his wife, Leslie, have been married for over 40 years and live in Texas. Their daughter, Alison, is the author of six inspirational women’s fiction novels and co-author (with her husband, Daniel) of two books for children. After teaching for six years, she now homeschools her daughters. Their son, Kyle, having earned a PhD in Theology from the University of Aberdeen and two Master’s degrees, is an accomplished author, Jonathan Edwards scholar, and Professor of Spiritual Theology at Talbot School of Theology at BIOLA University in Southern California where he lives with his wife and two children. 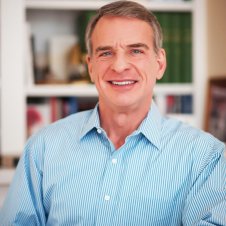 He has authored or edited over thirty books, including The Kalam Cosmological Argument; Assessing the New Testament Evidence for the Historicity of the Resurrection of Jesus; Divine Foreknowledge and Human Freedom; Theism, Atheism and Big Bang Cosmology; and God, Time and Eternity, as well as over a hundred articles in professional journals of philosophy and theology, including The Journal of Philosophy, New Testament Studies, Journal for the Study of the New Testament, American Philosophical Quarterly, Philosophical Studies, Philosophy, and British Journal for Philosophy of Science. For all publications please CLICK HERE.

Dr. Jerry L. Walls is a Scholar in Residence and Professor of Philosophy at Houston Baptist University. His primary teaching focus is philosophy of religion, ethics and Christian apologetics.

He won First Place in the Poetry Division of the National Christianity and Literature Writing Contest as an undergraduate. He has appeared several times as a guest on National Public Radio, and as a guest on the TV show “Faith Under Fire.” He was recently awarded a Research Fellowship by the Center for Philosophy of Religion at Notre Dame.

Dr. Mike Licona has a Ph.D. in New Testament Studies (University of Pretoria), which he completed with distinction. He serves as associate professor in theology at Houston Baptist University. Mike was interviewed by Lee Strobel in his book The Case for the Real Jesus and appeared in Strobel’s video The Case for Christ. He is the author of numerous books including The Resurrection of Jesus: A New Historiographical Approach (IVP Academic, 2010), Paul Meets Muhammad (Baker, 2006), co-author with Gary Habermas of the award-winning book The Case for the Resurrection of Jesus (Kregel, 2004) and co-editor with William Dembski of Evidence for God: 50 Arguments for Faith from the Bible, History, Philosophy, and Science (Baker, 2010). Mike is a member of the Evangelical Philosophical Society, the Institute for Biblical Research, and the Society of Biblical Literature. He has spoken on more than 50 university campuses, and has appeared on dozens of radio and television programs. 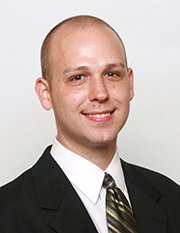 Dr. Braxton Hunter is the former president of the Conference of Southern Baptist Evangelists (COSBE). As a Professor in Apologetics and the President at Trinity College of the Bible and Theological Seminary in Newburgh, Indiana, Dr. Hunter is passionate about the defense of the Christian faith in a skeptical world.

He has served two churches as senior pastor and both congregations saw dramatic growth. The latter church, Cornerstone of Mcminnville, Tennessee, grew from an average worship attendance of 275 to 550 in two years. The church tripled its income under Dr. Hunter’s direction and averaged 80 baptisms per year. He was named Religious Leader of the Year for 2004 in Warren County, Tennessee.

In addition to his pastoral achievements, Dr. Hunter has conducted area television crusades, successful revivals at very large and small churches alike. Having a heart for teens, he speaks in high school assembly programs and holds the attention of the entire student body as few speakers are capable of doing. He challenges the youth to a noble life devoid of drugs, alcohol and sexual immorality. He has been the speaker for youth events with dove award winning performers such as Sanctus Real and Brit Nicole.

Dr. Hunter holds a B.A. in expository preaching, an M.A. in Theology and a Ph.D. in Christian Apologetics. He is the author of Blinding Lights: The Glaring Evidences of the Christian Faith, Death is a Doorway, Core Facts: The Strategy for Understandable and Teachable Christian Defense, and Evangelistic Apologetics.

He currently resides with his wife, Sarah and their two daughters, Jolie and Jaclyn, in Evansville, Indiana.